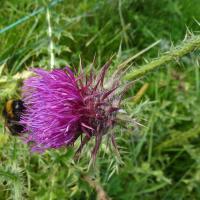 The day began with a trip to a garage for a replacement tyre after which Julia sadly had to leave us. We had previously received notice of two cancellations and then we had another absentee on the day; so we were left a select band of six, our driver Kevin, Amanda, Alice, Sue N, Jane & myself. 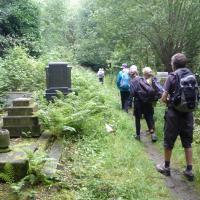 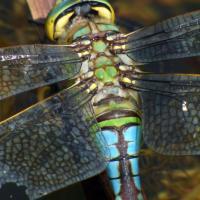 On what was destined to be one of the hottest days of the year, 12 of us set off for Escrick near York, to visit the Three Hagge Wood Meadow project.  We were greeted on arrival by Professor Dave Raffaelli and Rosalind Forbes Adam, whose family own the estate on which the project is sited.  Through the introductory talk by Professor Raffaelli we learnt that the site was originally an arable field of 25 acres on which had been planted 10,000 native trees of 28 different species alongside local wild flowers 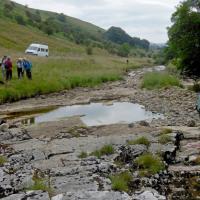 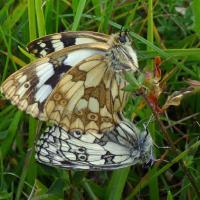 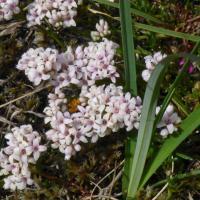 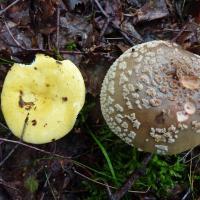 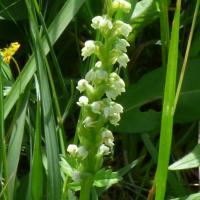 A better Tuesday than the last two. The rain kept away, there were fleeting glimpses of the sun and the minibus, driven by Julia, headed out on the much loved and familiar route to the Dales.  Our destination was the recently extended  YWT Ashes Pasture Reserve near Ribblehead.  This is a diverse grassland area with acid pasture, fen meadows and calcareous flushes which hosts a wealth of species. 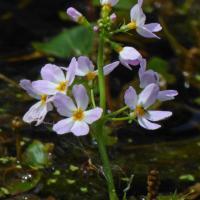 There were 14 participants on this week's trip. With the weather forecast predicting a 70% chance of precipitation, we were expecting a wet day.

Our first port of call was a toilet stop in Tadcaster. With only one toilet, a 20p fee and an automatic door with a self-cleaning cycle between each visit, it became a drawn out process. Several 20 pences were lost ( according to a local this is not uncommon), some gave up and others snuck into the toilet at a nearby surgery. 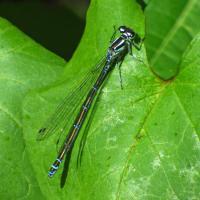 A lovely sunny day greeted us as we met at Undercliffe Cemetery Lodge.  The site has a fascinating history having originally opened in 1854, not only for burials, but also with landscaping to provide formal parkland where people could spend recreational time.  By the early 1970s burials were becoming less common and the Bradford Cemetery Company went out of business in 1975.  The site suffered neglect reverting to a more natural state until Bradford Metropolitan Borough Council purchased it in 1984 and decl