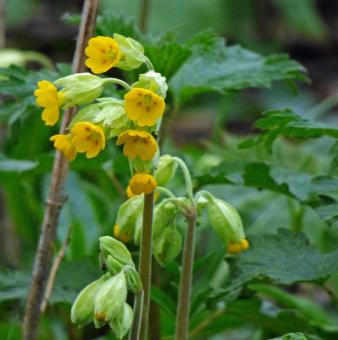 A fine day greeted our departure to Tophill Low.  This reserve has 180 hectares of woodland, grassland and historic River Hull wetlands with 12 bird hides and a magnificent viewing gallery overlooking one of the reservoirs.  On arrival we were given an introductory talk by Jane, one of the volunteers, in the gallery from where we could see the returning summer migrants of martins, both sand and house, as well as swallows, swooping low over the water.  Numerous tufted duck were in evidence as well as gadwall and great crested grebes.

Our group then walked through the adjacent woodland where we were treated to the delights of birdsong from a range of species, notably blackcap, willow warbler and chiffchaff.  Roe deer were also seen by some.

Lunch was eaten in the first hide where we were treated to sightings of goldeneye, both male and female, these being seen briefly displaying by Stuart.  At this point we separated, the site being so vast it afforded endless opportunities for exploration.  Trees were bursting into leaf and flower all over the reserve, the most notable of these being the black poplar and also a European larch, which looked spectacular with its male and female flowers showing well.  An absolute delight and my personal spot of the day.  23 plants in flower were recorded by Alice with an interesting find of a woody growth on a Cirsium arvensis.  Apparently this was caused by a gall fly,  Urophora cardi, and on later dissection at home by Alice, the larva was found.

Bird sightings numbered 52 with the chaffinch in particular looking resplendent in their breeding plumage.  Alice spotted a couple of yellow wagtails bathing in a puddle and Stuart and Julia were privy to a pair of little ringed plover mating.  Alison had to avert her eyes at this point!

A thoroughly enjoyable day with plenty to see and to crown it all, on departure, a hare was spotted in a field as we drove out of the reserve. Magic!  Many thanks to Stuart and Julia for driving and Alice for her co-leadership.